Open ID gets a Boost from Microsoft and Google

This is very promising...

"Open ID was dreamed up as a way to ease the mental and administrative burden of having a different login identity and password for almost every website.

The idea should mean that anyone with an Open ID identifier can use it to log in to, and use, any and every other site that has signed up to the scheme.

Microsoft and Google were early adopters of the scheme, and took seats on the board of the Open ID Foundation in 2007. However, both are only now releasing the tools and technology to work with the scheme." - [link]

One username and password for multiple sites means no longer having to recall different login information on every website you use. Also there's high hope that it can limit online identity theft and fraud.

Still it concerns a lot of people with its security measurements. Imagine someone snags your login info, all your online details will be exposed, not to mention anonymity issues. Once it's assured to be safe and convenient it will surely see the green light. 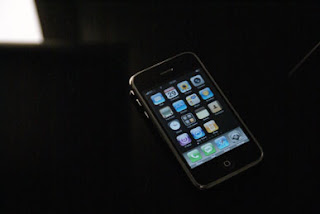 While everybody was busy with Gulf Bank rumored Bankruptcy, I was skimming around some blogs when I ended up at BLaSha's blog. I left a comment on one of her posts regarding the iPhone and she replied by email mentioning that she has not only one but two (later I knew she had three!) officially unlocked iPhone 3G (no JB required) and she was willing to give one away. I took the chance and, after further inquires about the product (color, capacity, accessories, "Price!"), we had a deal.

I had some short insights with an iPod Touch and I have played around with my friend's first generation iPhone (non-3G) a couple of times but I have never had the chance to really experience this elegant innovation, and my current impression is "WOW!".

iPhone 3G stands out even with its original issues of inconvenience (mentioned in Cons.). Almost everything could be solved by jailbreaking it but not yet. I want to enjoy the heap-load of Applications installed for me. "I have around four pages"... Four is the new Nine! Yes, thanks to the sweet BLaSha, she installed nine pages of nifty applications. Each page has 12 apps. Go figure.

Now here comes my nerdy takes on the iPhone 3G...

Pros: Sleek and unique, beautiful big screen with nice resolution though not the best, great various applications available (some are free), very user-friendly, good wireless connectivity, and last but not least it combines both great worlds of a smartphone and iPod.

Cons: Speakers not loud enough (something to do with all Apple products), no video camera (JB), dull factory tones, exclusive to iTunes, no Flash plug-in, no SMS forwarding (JB), can't copy contacts to SIM card (JB), no factory support for arabic language (JB), no full-keyboard, and battery life is not the best compared to today's smartphones and PDAs.

Conclusion: I must say it's an amazing device, no arguments, and it will surely make my whole year but first I need to get past my old cellphone (Nokia Communicator 9300i) that I have had for the past three years and get used to this one to bring the best out of it. 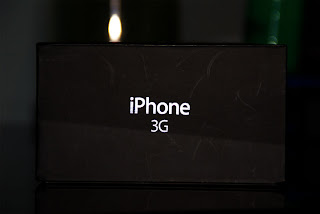 Finally!
Review comes later
Thanks to BLaSha
Posted by MacaholiQ8 at 12:04 AM 16 comments: 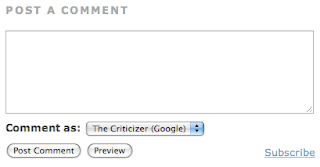 I logged in today to see my comments setting has been automatically changed and reconfigured by Blogger, replacing the ordinary comments page with this little box under each post.

If this is meant to be an improvement then I don't want it! It doesn't work every time and it's hard to reply to multiple comments like that.

Fortunately it can be adjusted under
Settings > Comments > Comment Form Placement

I Want My Hair Back!

Today I went to the barber for my weekly beard shaving. There was a young boy (about 6 years old) with his father waiting for their turn. When the boy got seated his father asked him how do you like your hair to be cut? The boy replied in enthusiasm "I want to shave it ALL!, (Abi Aggari3!)". "Are you sure?!, (AKEED?)" his father exclaimed. "YES!", the boy confirms with a grin. So be it, the father asks the barber to shave all his boy's head...

At first, when some of the boy's hair started to fall off marking some "highways" and "U-turns" all over his head, he was laughing his head off. Then, with just a little hair left, the laughing turned down into nervous giggles and that's where he started having second thoughts... One minute later he started crying out loud "I WANT MY HAIR BACK!!", kicking and punching both his father and the barber.

It took two barbers and his father to settle him down and convince him that his hair will grow back soon. 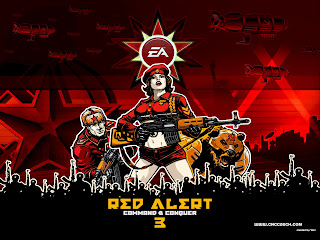 Red Alert 3, the most anticipated strategy game and most successful of all Command & Conquer sequels is going to be released in a few weeks. Can't wait to get my hands on it.

A new army called "Empire of the Rising Sun" will be available along side the Soviets and Allies. Looks and sounds like atrocious Japanese kamikazes.

As all other Red Alert releases there are live scenes of the game characters where they act the story line. The funny part is US president Ackerman (J.K. Simmons), his campaign motto is "Screw 'em All". This motto weeks before the real US elections says A LOT. :P

If the flash file is not showing check [here]
Posted by MacaholiQ8 at 12:55 PM 19 comments:

I received three packages in the past few weeks and all of them arrived home without contacting me (SMS). After checking my account I noticed my contact number is still 7 digits. They should be smart enough to update by now.

Specs-wise the new MacBook and MacBook Pro surely brings challenge to the table against other makers, although I always think Mac should never be compared to PC in specs (to each OS and user their own needs). With the new NVIDIA power plant (chipset and GPU), you can count on your new Mac to never lag on graphic-related issues/applications (hopefully). And it is said that the new NVIDIA setup is up to 5 times faster the Intel Macs!

MacBook Air gets a fine boost with 120GB HDD (SSD too) and, of course NVIDIA based, up to 4 times faster than 1st generation Intel-based MacBook Air.

Probably the best thing yet on the new squad is the multi-touch four-gesture glass trackpad. Apple has always been unique with its one-button trackpad but now they took it to the extreme with no buttons at all except a blank big glass trackpad.

The only down-side to me (which isn't so bad) is that the new squad doesn't have FireWire 400 port, but there's FireWire 800 on the Pro. I have Maxtor 320 external HD with USB2.0 and FireWire 400. I kinda got used to FireWire speeds, it's a shame to move downwards to USB when I have a faster port. 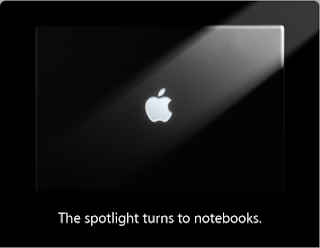 Thanks to all my silent observers, stray ones,
... and most of all my loyal regulars.
Posted by MacaholiQ8 at 7:37 PM 7 comments:

Found on Big Pearls blog
Get Your Cyborg!
Posted by MacaholiQ8 at 2:21 PM 11 comments:

I'm in love with Gina